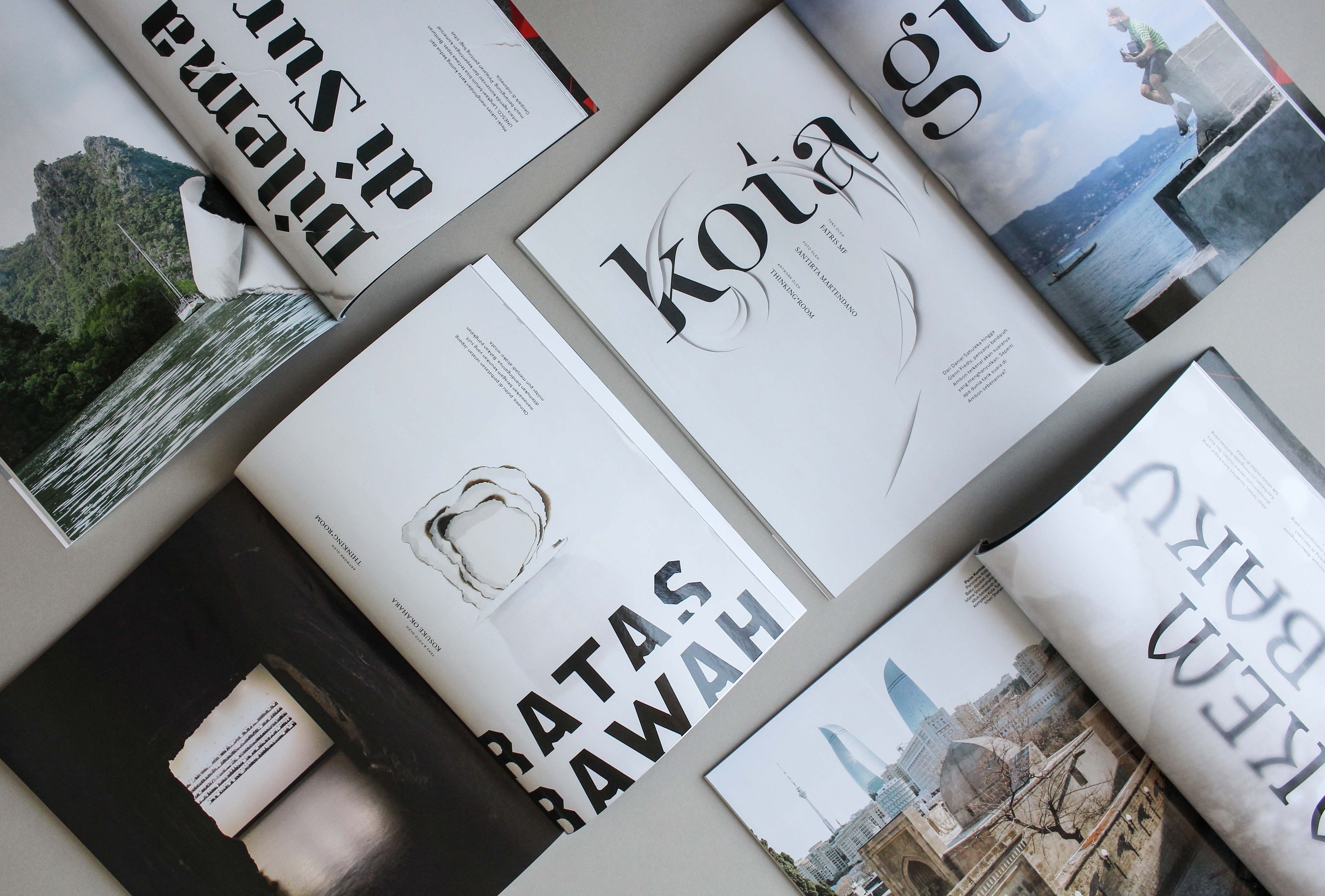 BATAS BAWAH – The photograph on the opposite page is adapted to form a letter “B” by incorporating the concept of borderline through folded paper. The folding represents the title of the article, while the burned edges represent the mark of the war sites left as a part of its history that shapes the unique features of the Okinawa prefecture.

DILEMA DI SURGA – A composition of torn papers is used to symbolize the situation in Langkawi geopark which status is threatened to be revoked due to irresponsible human actions in commercializing the area. This paper composition reflects the idea of this spot being torn apart, juxtaposing the idea of an untouched piece of heaven which results in a dilemma.

KOTA GITA – Built from the narrative of the city of music that is Ambon, a musical note (faintly cut/carved on the page) is chosen to create a harmonic composition that corresponds a photograph of a young man strumming a guitar by the beach as a common sight in the opposite page.

PAKEM BAKU – The characteristic of oily paper creates contrast between the stained and clean surface. Not only is it responding to the shadow of the photograph in the opposite page, but it is also representing the corrosive exploitation in Baku caused by large-scale oil exploration as a part of its history. The typeface chosen is a reflective element of the Azerbaijan architecture comprising of arches.