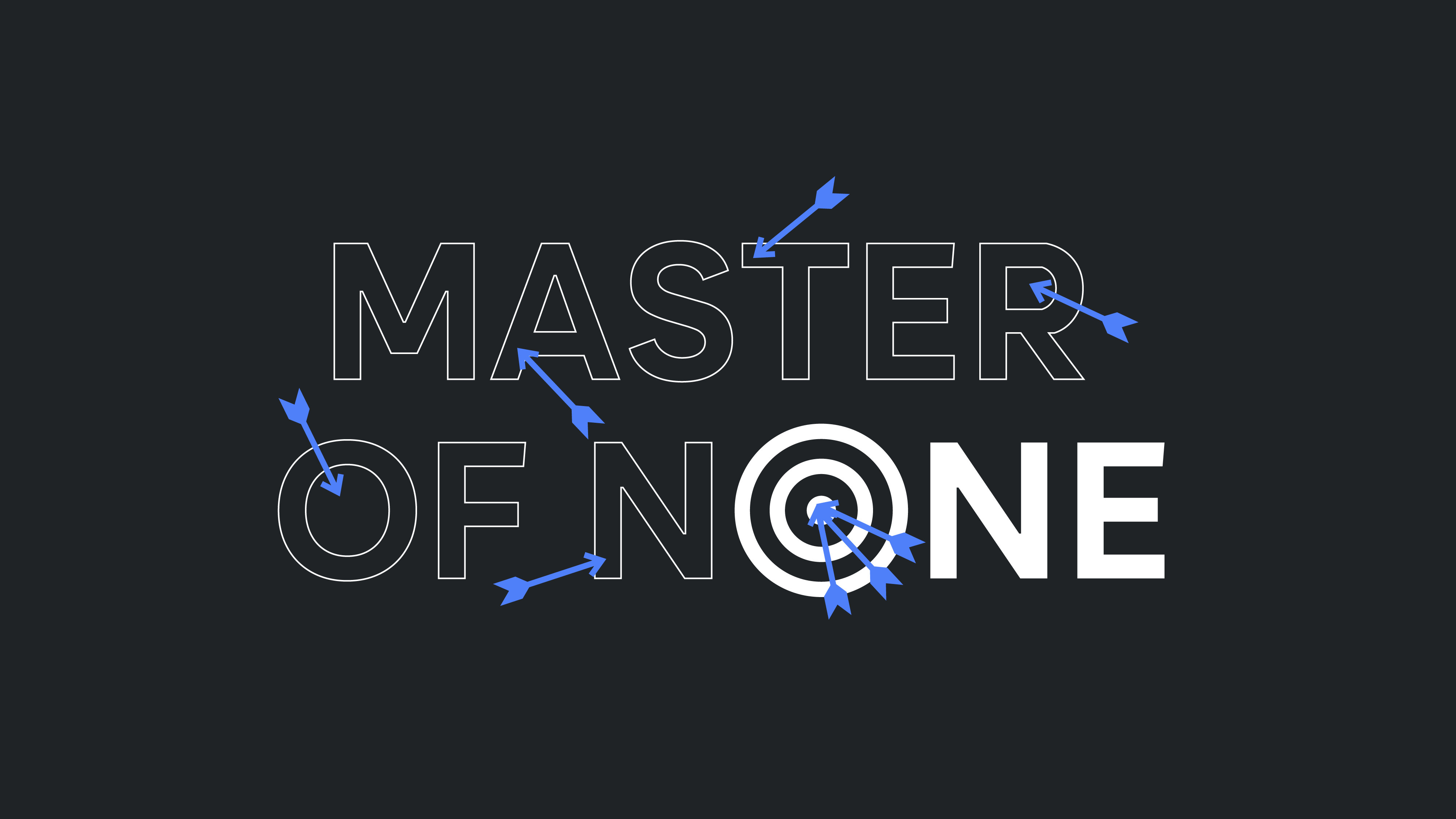 The future is a grasp away, in-between our restless fingers through all the typing, tapping, dragging. The questions of what is probable ideal expertise for designers are also restless, coming in and out of conversations. To be specialized or generalist, to be a jack of all trades or master of one. The jack of all trades visualized as the stripe-shaped people, and master of one as the I-shaped people. Then there are T-shaped people, having general ability and knowledge with specific expertise in one field. From the M-shaped group having the general ability with comprehensive skills in multiple fields, to as far as X-shaped group who is transdisciplinary. Which ideal fits a better scenario for what the future holds? While the future is relative, weighing pros and cons in the polarizing sides of this ideal diagram is an instinct. The future might be unforeseeable, but one thing for sure is that over time, there will always be changes that challenge us.

Overcoming challenges have been proven as a means of adapting to circumstances, be it in the past or present to strive in the future. In the first episode of Thinking Zoom Inc. season two, Thinking*Room Art Directors Ira & Ritter spoke about overcoming challenges with past projects. While the challenges can be in contrast to one another, whether a familiar or an unexplored route, there are fundamental common denominators as take-aways from any of these routes, which could help with defining ourselves as designers.

Our projects throughout the years have comprised varied clients and scales, despite being a branding and design studio. Having provided for different clients with each to their own scale of the project enables us to see in an exclusive, widened view of the role of design and the design industry, which in hindsight gives and sharpens an adaptive manner. This adaptability comes in handy when approaching any brief and any challenge. The challenges faced over time have been more than that of a brief. At the core, they have slowly partaken in our understanding of the true nature of abilities — broad and specific. American designer, Co-Founder, and Chief Creative Officer of Collins, Brian Collins mentioned that a good designer is a good host. We anticipate what our clients (host) need and try to be a good friend our clients can talk to, and with this anticipation is versatility in mind.

Anticipating and approaching the challenges requires the eagerness to find several ways to tackle these challenges, opening us up to learn new things, anything at all from new software to conventional approaches, daily. Eagerness also enables the ability to turn a challenge into an opportunity. As graphic design is an essential part of businesses, such eager aptitude into opportunities can be a fuel to create anything out of everything, whatever the challenge may be.

3. The spirit of collaboration

Our project Tenda Harmoni at Java Jazz Festival 2020 was an amalgamation of challenges for a 3-day spatial experience influenced by the local Indonesian street food vendors culture. Essences of what makes going to a street food vendor solid are derivatives of sounds of roads, wok, and cutlery, and street food graphics. To successfully create this surreal local experience was to play with as many senses as possible, which in itself needed extensive knowledge to pull off. Thus with a team of architect, lighting, and motion joining forces, this compound of immersive local experience was cultivated. In this case, the existence of specialists is as crucial, with their comprehensive expertise needed for new and uncharted challenges.

Technicalities over aesthetics is a mindset that is adaptive to the idea of form following function, which is what design essentially is. Naturally, it is the mindfulness of how it works rather than how it looks. This belief was put to work before ASIAN Games 2018 when an intriguing challenge came to our door, which was to create 12 sculptures for the East corridor at Gelora Bung Karno Stadium in Jakarta. At that time, the closest experience to creating sculptures was signage.

The Gelora Bung Karno Stadium (or GBK for short) already radiates its force in the minds of the people of Jakarta, or perhaps to some degree, Indonesians generally as a cultural heritage. The main concerns were those of how the sculptures would respect the creative and cultural conservations that are a part of the stadium. Therefore, steering clear from politics was kept in mind, exploring the possible narratives for the 12 sculptures in varying heights.

There was a minutia by learning extensively about steel and cutting metals that it was as fascinating as solving a riddle to enhance the capabilities of metal works by cutting intricate metal. Vandalism was under consideration knowing the sculptures would be in a public space, and these considerations went as far as being empathetic to the idea of having the sculptures in an area of conservation to observing the direction of the sunlight and how they would interact with it. From that standpoint, the shapes that can be seen today of the sculptures were the solution to these challenges. Through the development of these sculptures, the venture became an enlightening exposure, putting the idea of form following into practice. 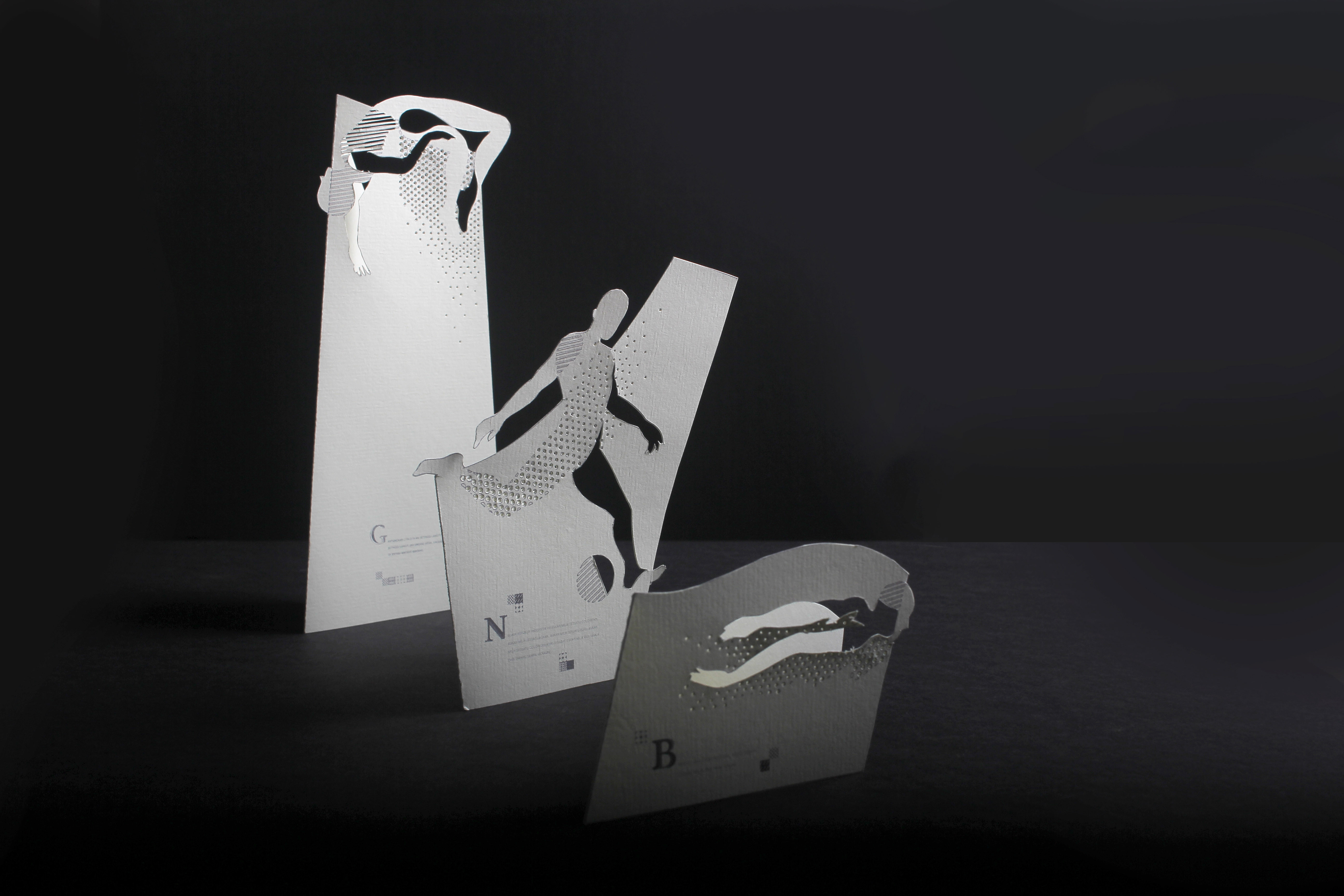 Similar to the rest of the foretold factors, empathy allows seeing everything through different lenses. Through it, the depth of limitations from the collaborators is measured, which later on becomes considerations. Following on technicality that comes from numbers of matters considered, empathy eases seeing this actualized.

In designing the bottle and label for Koepoe Koepoe Professional, the product eyed on professional chefs to cooks at home. In the kitchen, recognizability of the product kind was rare, and interaction support with the product was needed. The mindset was to keep the Koepoe Koepoe heritage while maintaining a sense of professionalism. To overcome the product design path which at the time was an uncharted route, Art Directors Ira & Ritter understood that the first approach to this problem was to empathize with the users itself — the cooks. The behavior and their interaction with spice bottles in the kitchen was the highlighted analysis that resulted into account the product's sizing and dimension, progressively determining the shape, lid, to its grip. Knowing the scarcity of recognizability of the product, Ira, Ritter, and the team took this opportunity to showcase artistic direction and decided to illustrate the spices and herbs for the line's labels. 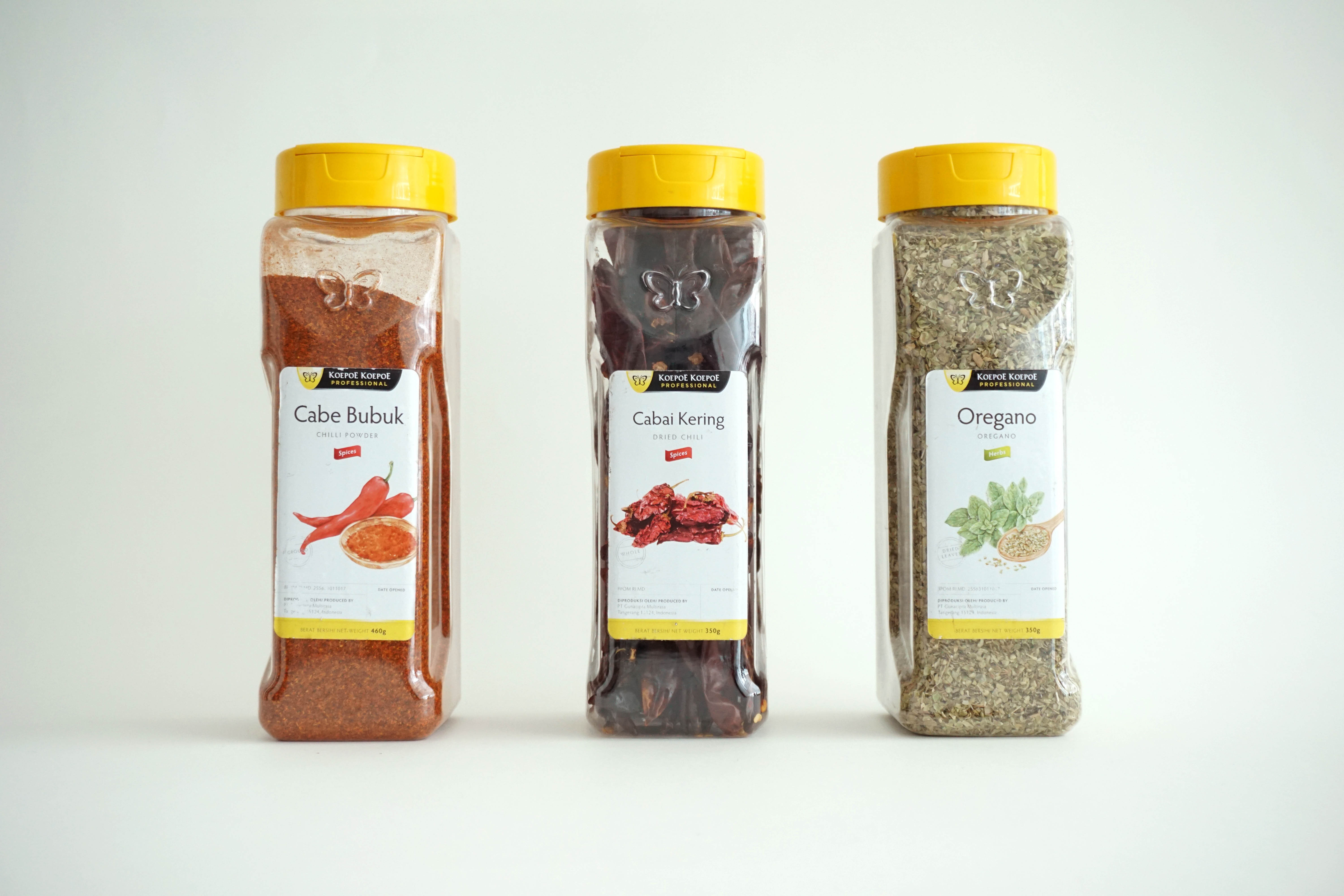 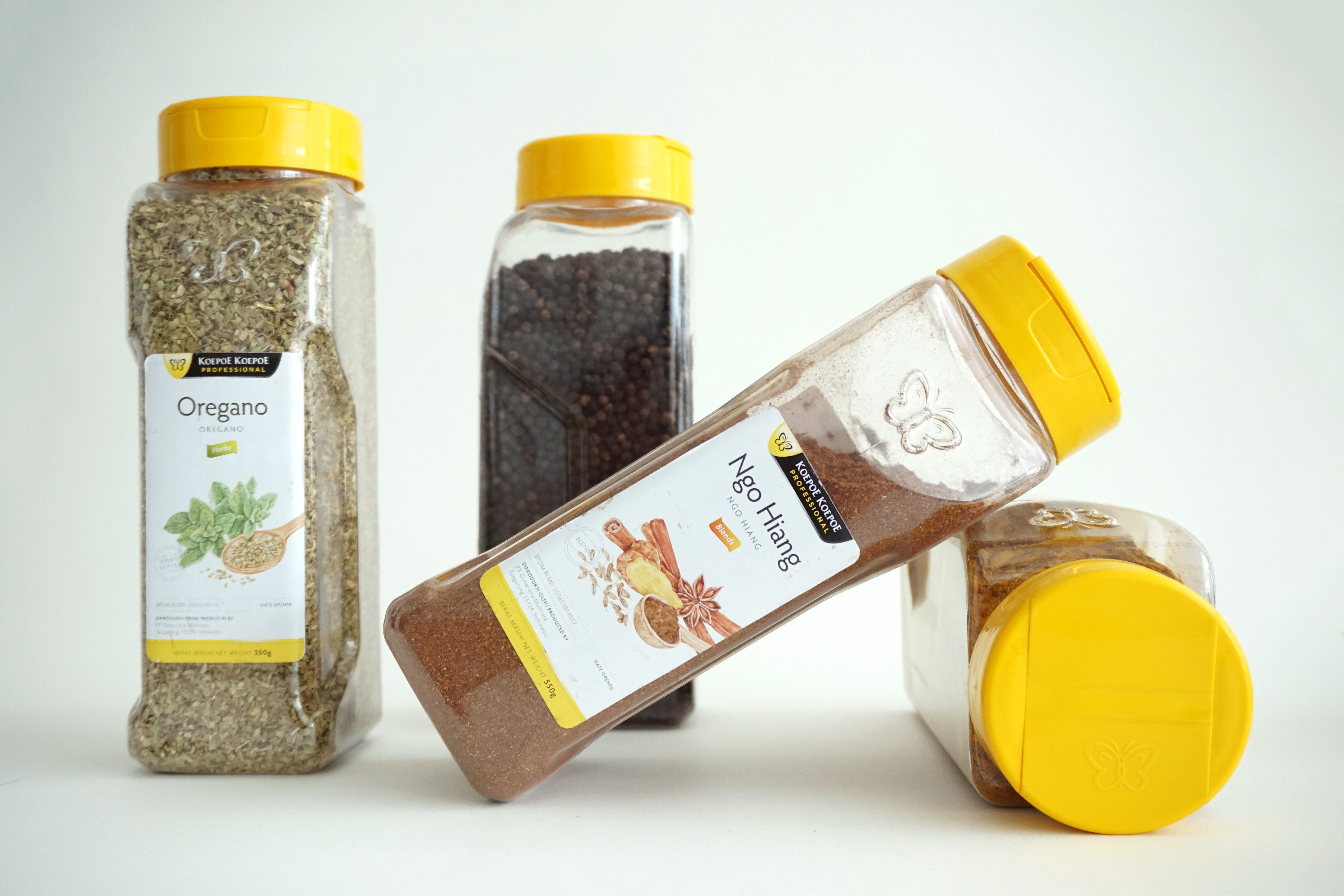 Learn how to learn

These common denominators are skills and outlooks, something that is experienced firsthand when overcoming challenges. A broader view taken from this almost-exhaustive conversation was that it isn't a mere diagram, but rather a spectrum. There is no right or wrong in becoming, and while supported by the right environment, the polarizing ends of the ideals are both connected to the same spectrum only if you seek by having adaptability and the keenness to learn. These two keys define the core in designers and put the very human qualities of designers to work in order to strive and thrive. 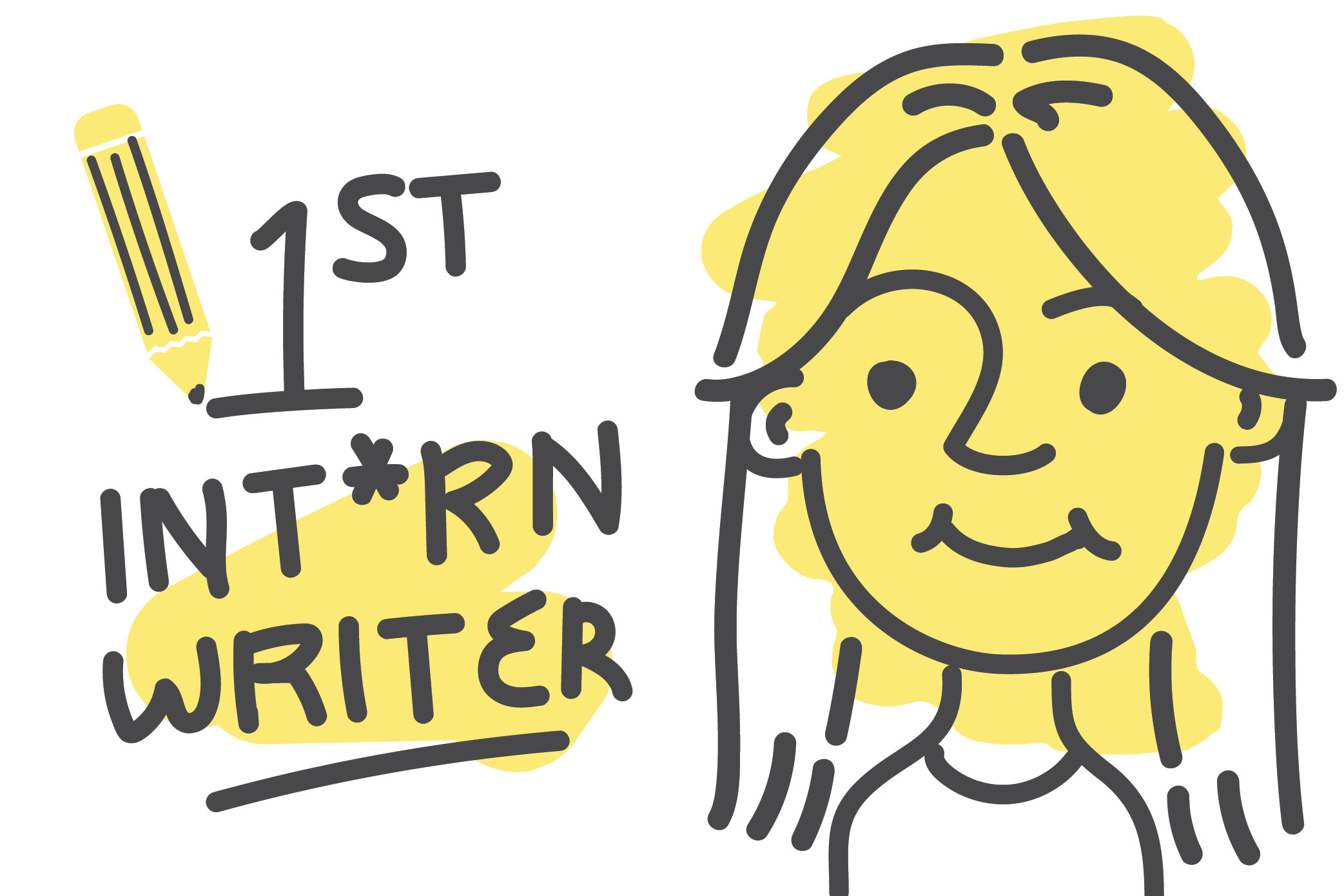 Copywriters Are Designers In Our Own Right: Elaine Nathania's Intern Story